Apple has launched one of its third generation Mini tablet as iPad mini 3 which is going to be one of the top tablets in the world. This iPad mini 2014 is having an amazing feature i.e. Touch ID sensor which is compatible with Apple Pay. This new iPad mini 3 is the only one which was launched with a gold colour option. Actually iPad mini retina 2 is good but mini 3 can do better with its cutting-edge technology and it is installed with IOS 8.1 operating system with built-in apps. IPad mini 2 and IPad mini 3 design is almost same. Ipad mini size of sim is nano sim and main auction arises with display i.e.Retina display, same as iPad 2 which is every inch an ipad. This iPad mini retina review is really awesome and many countries have eagerly waited to get the Apple iPad mini retina release date which really shaked world with iPad 2. The same is now with iPad 3. This new iPad mini release date is on October. 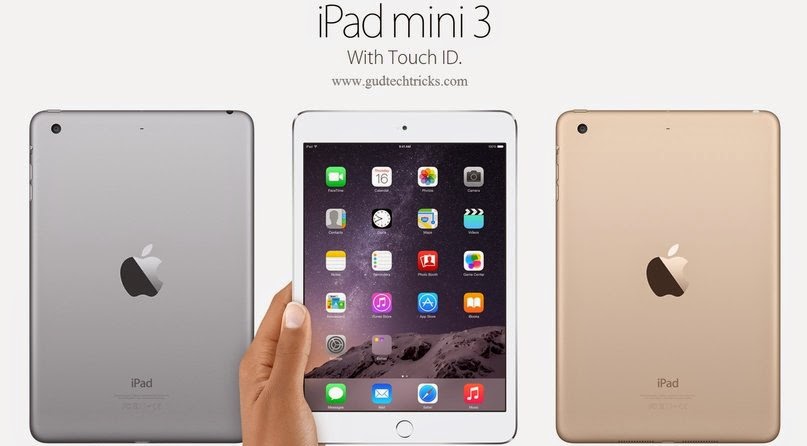 MUST SEE: Top 5 Features Of IOS-8 Download And Update
—>Display size of iPad mini 3 is 7.9 inches with largest resolution of 2048×1536 pixels along with high pixel density of 324 PPI.
—>Apple mini pad is having 5 megapixel camera with autofocus, touch by focus, panorama, face detection and geo tagging features.
—>Having 1.2 megapixel of front camera and video calling, video sharing with 1080p HD camcorder.
—>IPad mini or iPad mini retina is having hardware with Apple A7 chip along with Graphic processor or 64 bit dual core processor, 1024 MB RAM and 128 GB built in storage.
—>Battery is not replaceable same as iPhone, and has 6350mAh capacity. Multimedia with stereo speakers. Browsing the internet using safari browser and built-in services like Facebook, Twitter, YouTube. 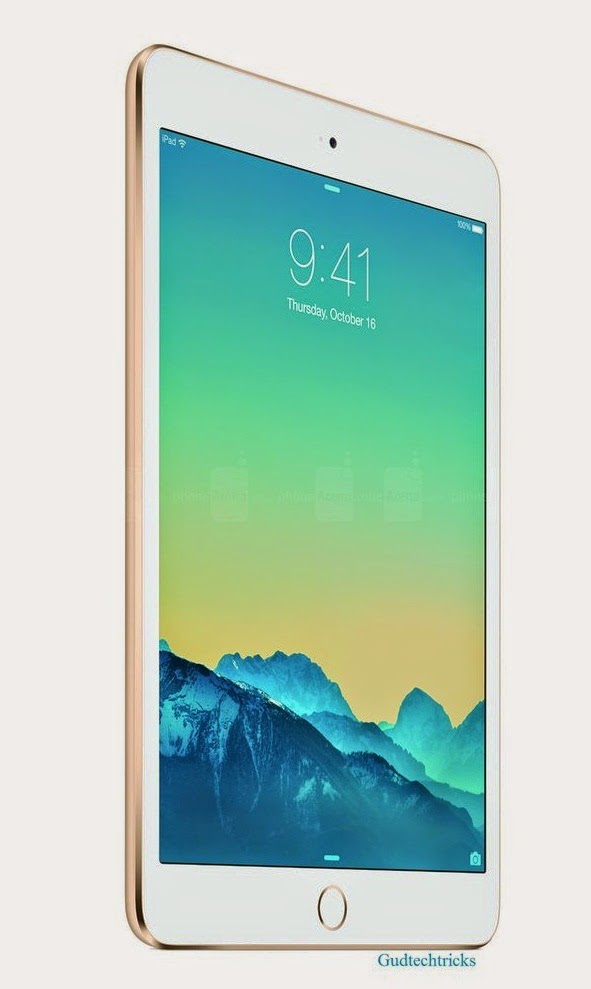