Google Nexus is a line of the electronic devices that runs on the Android operating system, its design architecture and operating, display, features has got its name previled in the market. Nexus 6 is the new smartphone which is made with the mobility the motorola. This device is going to flag the iphone series as per the customers review which is recommended with the open source projects. 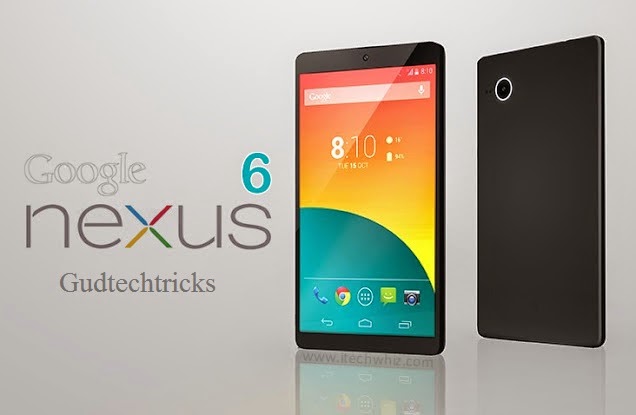 NEXUS 6 is released by the google, and named with the model number as NEXUS 6. It is using the Android v5.0 operating system which was the newer version of android series. It is having a single slot nano sim which is a GSM. Having a quad core 2.7 GHz processor with Adreno 420 graphics along with a RAM of 3GB. Having the loud speaker facility of 3.5mm jack.

Its having a display screen size of 5.96 inch and 1440×2560 pixel screen resolution, with 493 pixel density, and for safety purpose the screen is protected with a corning glass v3, This mobile is having a internal memory of 32 GB and there’s no possibility of the external expandable memory. It is designed with a multi touch capacitive touch screen with 184 grams of weight.

Consists of a camera having 13MP, auto focus and a front camera of 2 MP. It has a dual LED flash along with the digital zoom facility and a HD video recording with with High Dynamic Range Mode (HDR). This camera includes many features like Face detection, Geo tagging, smile detection and touch to focus. This mobile also consists of sensors that includes barometer, gyroscope, light sensor, accelerometer etc.
Also Check: whatsapp dp’s for nexus 6

Nexus 6 is having a non removable Li-Po battery with 3220 mAH. It has a connectivity of EDGE, GPRS facilities and also 3G, 2G video calling is supported. Consists of a mobile Hotspot of Wi-Fi and a v.0 bluetooth, more over there’s a USB and a micro USB 2.0 port. Other than this it has notification features like vibration, flight mode, polyphonic ringtones and haptic feed back.
A small description about google nexus 6 is given in this article. Share if you like this post. More over you can see the below video of Google Nexus.